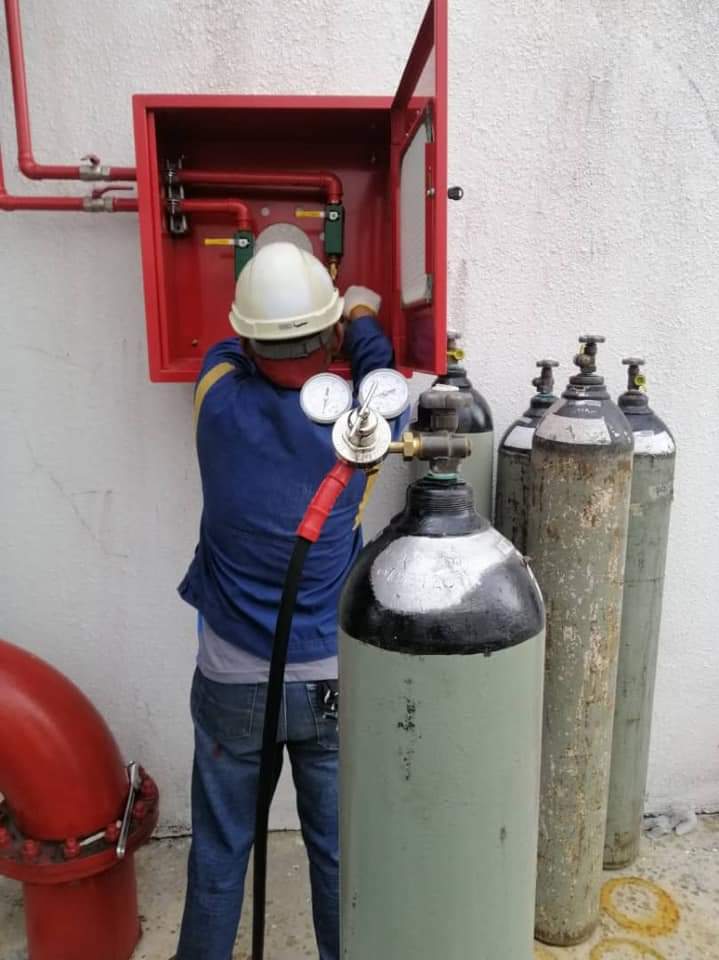 A solution to extend your fire spinkler system life

Corrosion (oxidation activities) a common issue found in fire sprinkler systems when the trapped oxygen inside system react with water and metal surface.

Eventually the life expectancy of that fire sprinkler system will be decreases if the trapped air is not properly eliminated and results in costly failures, water damage, and underperformance of systems when they are needed.

To tackle these problems, nitrogen purging is routinely incorporated in relevant processes.

How does a Nitrogen Purge work?